On Monday March 29, 2022 the Greater Bendigo City Council adopted a new Cultural Diversity and Inclusion Plan (CDIP) 2021-2025 and acknowledged and thanked the community for helping develop the plan.

The plan provides a framework for the City to further advance cultural diversity and inclusion, support multicultural communities, and progress the City’s status as an accredited Welcoming City with the Welcoming Australia Network.

The plan sets out how the City, partner agencies and groups in the community can work together over the next four years to build on the work and success of the City’s first CDIP which was delivered from 2016-2019.

The CDIP was developed following an extensive evaluation and community engagement process involving residents from diverse cultural and religious backgrounds, agency partners and City services.  The process included preparing a Report Card to highlight the achievements of the previous CDIP, evaluation report findings, and consultation through interviews, surveys, focus groups, staff forums and a stakeholder workshop. 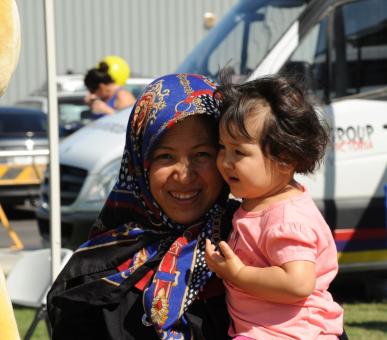 Information and resources on building an inclusive community where all residents have a sense of belonging regardless of ethnicity, cultural background or religion.
Read more
Back to top